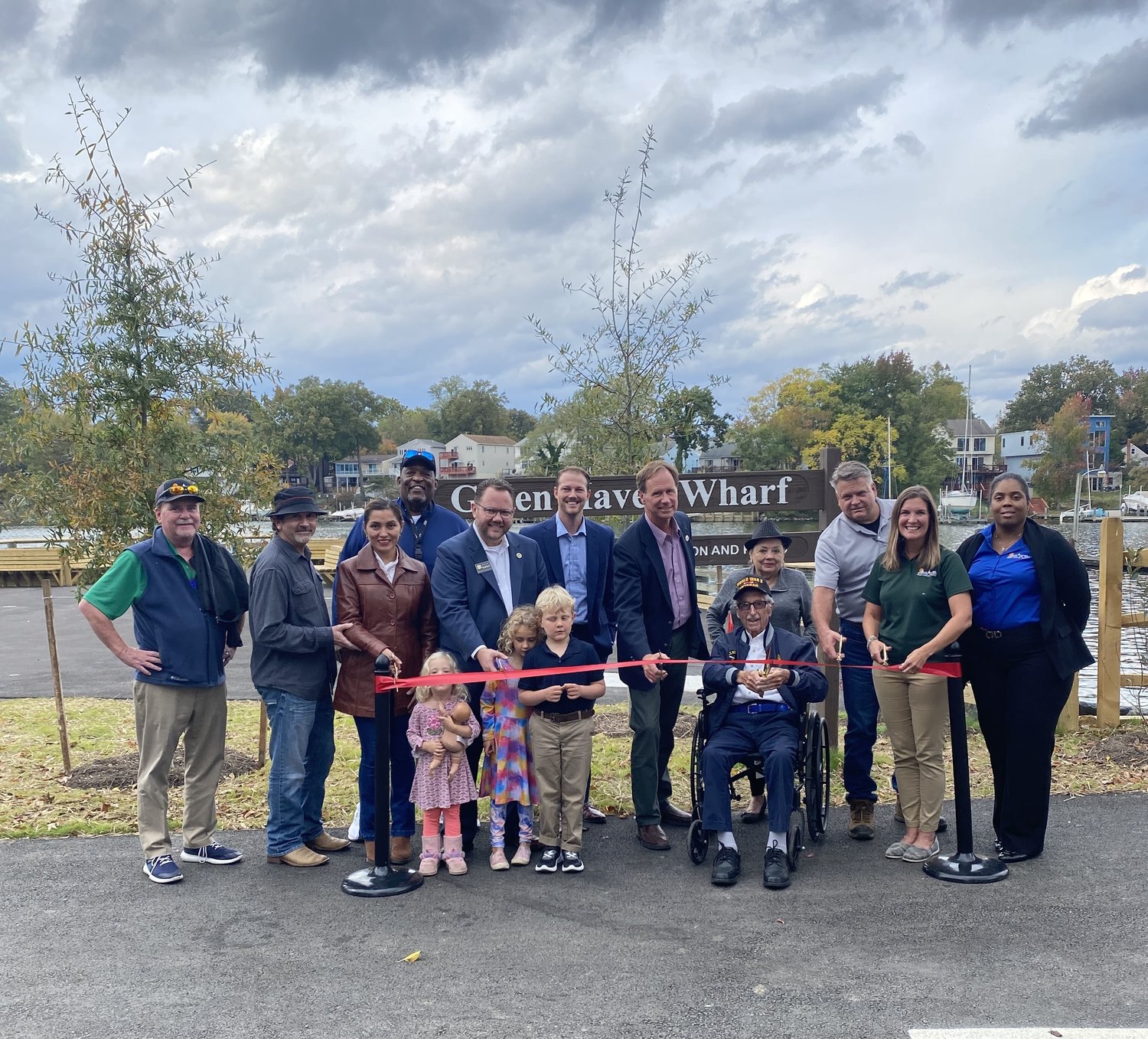 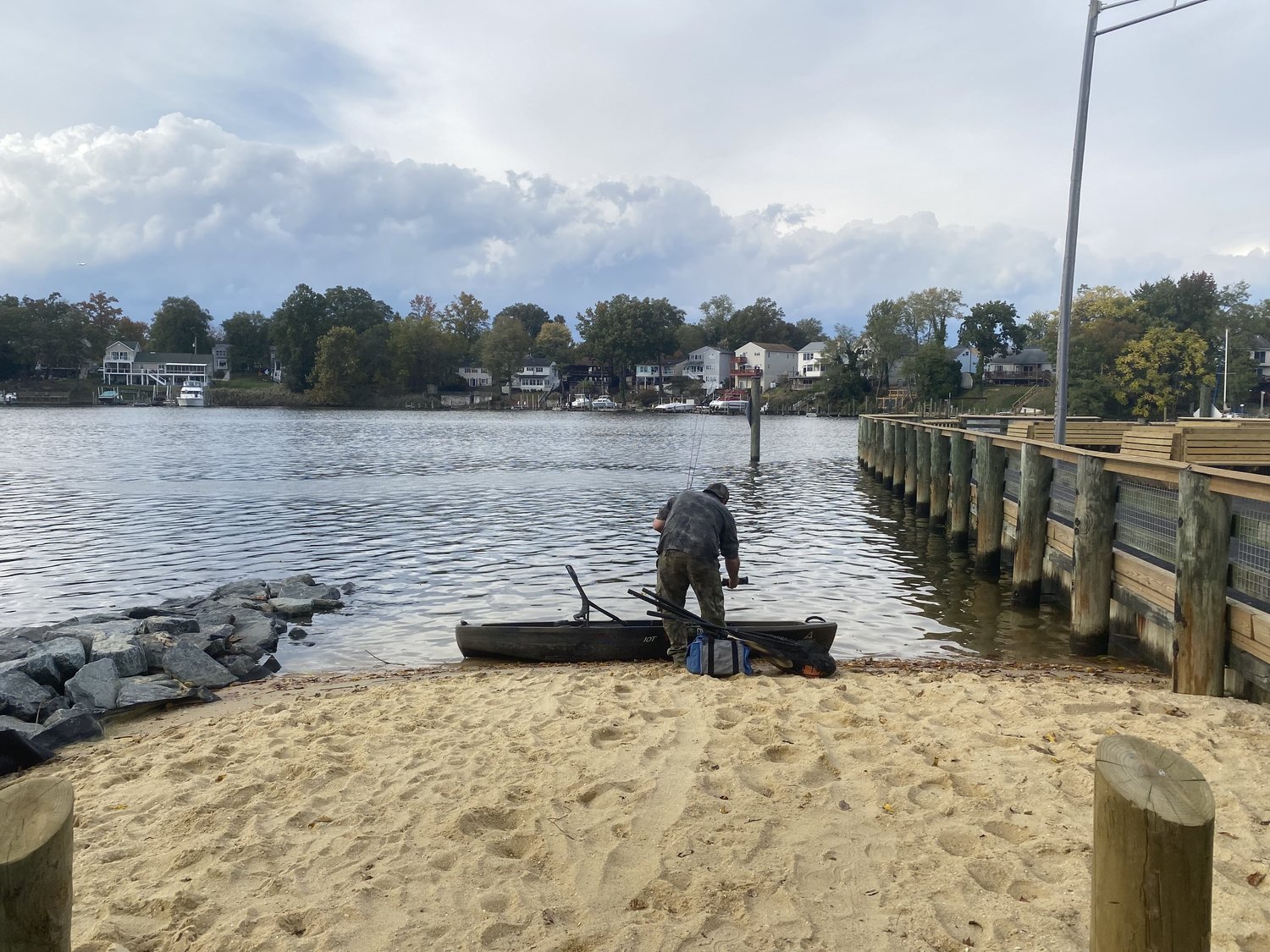 The wharf has been a part of the Green Haven neighborhood for more than a century, appearing on maps as early as 1925 as “the county wharf” or “steamboat wharf.” The 110-foot pier was showing its age, and in 2020, the Department of Recreation and Parks began planning to improve this water access point.

The completed project includes a relocated, improved and fully accessible canoe/kayak launch, with a designated loading zone for cartop vessels. The bulkhead along Stoney Creek where the former small sandy launch was located has been repaired and reinforced to protect the shoreline. On the wharf itself, the perimeter railing was reconstructed for a safer experience with new Americans with Disabilities Act-accessible fishing stations. The entire wharf was resurfaced with new bicycle racks, planter boxes and benches added, the parking area expanded, and new trees and landscaping continue to be installed. The project also added 24 reef balls in Stoney Creek to increase marine habitat and improve fishing from the wharf.

The $937,000 project is one example of the county commitment to provide safe, accessible water access to the public through efforts to improve existing piers and wharfs, and enhance shoreline protection. The project would not have been completed without the support of Kipke, who secured a $250,000 state bond bill to complete this work, and Volke who approved the project in the Fiscal Year 2023 budget.

“This is another initiative by the county to provide accessible recreational opportunities on the water,” Leys said. “Improvements like these are just one of the ways we make life better for all the residents of Anne Arundel County.”