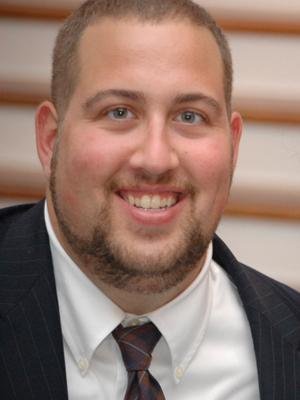 Editor-In-Chief of the award-winning blog “I Hate JJ Redick” (www.ihatejjredick.com), Phil Gentile, wants the community to know there is much more to his blog than antipathy toward a certain former Duke basketball star.

In fact, since its inception in early 2010, “I Hate JJ Redick” has grown considerably from what Gentile says began as a crude weekly sports write-up to a source of all things sports-and-entertainment related in the Baltimore area.

Gentile is a resident of Pasadena, and said of his blog, “We talk about everything someone who likes sports wants to know, and who also wants a little bit of everything. It's the most diverse of the websites based around Baltimore.”

With the help of 15 regular contributors, the blog delivers news and commentary for all the major professional sports, as well as college football; it also has a section devoted entirely to Fantasy sports leagues, and it includes articles focused on providing a female perspective of sports.

“It's not all just a boring recast of yesterday's game,” Gentile said of the blog's sports coverage. “I Hate JJ Redick” also offers entertainment coverage such as “Man Dates,” which are monthly guides to the latest movies, music and events. Gentile said his ultimate goal is to be the pulse of the city, and to host the website people go to when they want to be up-to-date on happenings around Baltimore.

Gentile gives his writers a fair amount of latitude, and with it they have expanded the blog's offerings to include more personal posts, including musings about impending fatherhood and tributes to deceased family and friends. “If people feel the need, I respect their opinions and want to see them write their stuff,” Gentile said. “I don't want to put any boundaries or limits on it.”

The breadth of coverage on “I Hate JJ Redick” raises the question as to why Gentile chose such a singularly focused name. Gentile explained that at the time he started the blog, he was working for the Washington Redskins and asked his coworkers for suggestions on a name. Someone suggested, “I Hate JJ Redick.”

Redick, a former Duke basketball star, was well known for drawing ire from die-hard fans of the University of Maryland-College Park and other rivals. “It was catchy, and it stuck,” Gentile said of the choice. Although Gentile is a longtime Terps fan, he noted he never actually writes about Redick; it is just the name of his blog at this point.

The blog has already built a strong fan base, and the Baltimore media has taken notice. For the past two years, it has won the Baltimore Sun's annual Mobbies award for best sports blog. In 2011, the blog also won CBS Baltimore's Most Valuable Blogger Award in the sports category. CBS's corresponding radio station, 105.7, has also invited Gentile on air to provide commentary about the Ravens on several occasions.

Gentile is clearly proud of the success of his 2-year-old blog, but also has an eye toward the future. His main goal is to bring advertisers to the site, and he is already planning visits to local Baltimore businesses. He is also expanding his brand by partnering with a T-shirt company, Spreadshirt, to sell shirts displaying “I Hate JJ Redick” slogans.

And, of course, Gentile wants to bring more readers to the site. He knows the blog's name sometimes gives people the wrong idea, and he encourages potential readers not to let it stop them from checking out the site. If they do, they are sure to find a lot more than they expect. Who knows? Maybe even Redick would find something he would like to read.