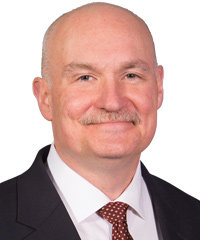 National Adoption Day is one of my favorite days in the courthouse. We do adoptions throughout the year, but many people may not be aware that the week before Thanksgiving each year, we designate a day to celebrate all adoptions. This year’s celebration on November 18 is a private ceremony via Zoom instead of our usual public in-person celebration. But it is a celebration nonetheless, of all the children who were adopted into new loving homes and the generosity of the parents who adopted them.

Adoption touches almost all of us in some way. In the United States, there are approximately 150,000 adoptions each year. And throughout the country, over 2 million Americans are adopted. Almost everyone knows someone who was adopted, whether it is a member of their own family, a friend, or an acquaintance. The list of notable people who have been adopted is long and includes such familiar names as Jack Nicholson, Willie Nelson, Steve McQueen, Marilyn Monroe, John Lennon, Steve Jobs, Babe Ruth, Simone Biles, and the list goes on and on. But whether they are famous or not, the millions of adoptees in America are an important part of the fabric of our nation.

The first National Adoption Day was held in 2000, and involved a coalition of partners from nonprofit organization, state and local agencies, and the courts. Today it is celebrated in over 400 cities and towns across the United States. To date, nearly 75,000 children in the foster system have been united with their forever families on this special day.

As many adoptions as there have been, though, the need is still there. More than 125,000 children are waiting to be adopted from foster care in the United States. If you are interested in adoption, the Maryland Court System has information on the web at www.courts.state.md.us/legalhelp/family/adoption. And there is information on the People’s Law Library at www.peoples-law.org/adoption. Information is also available from the Maryland State Department of Human Services at www.dhs.maryland.gov/adoption. And locally, information is available from the Anne Arundel County Department of Social Services at www.annearundelfostercare.com.

Here in the Anne Arundel County Circuit Court Clerk’s Office, we have a small but dedicated Trust and Adoption Department that handles adoption cases. I am proud of the work they do throughout the year helping children and families. Their behind-the-scenes work makes all the adoptions in Anne Arundel County possible. And once each year they volunteer extra time and energy to put on a National Adoption Day celebration. One of our local traditions for National Adoption Day is putting together gift baskets for the children being adopted with items donated from the staff. We don’t do it because we have to; we do it to make the day a little more special for the kids and families.

If you know someone who adopted a child or helped make the adoption possible, please take some time to thank them for giving one of the most profound gifts anyone can give. And to all the adoptees and their parents out there – happy National Adoption Day!

Scott Poyer is the clerk of the Anne Arundel County Circuit Court. The opinions in this article are the author’s and do not necessarily represent the views of the Maryland judiciary.