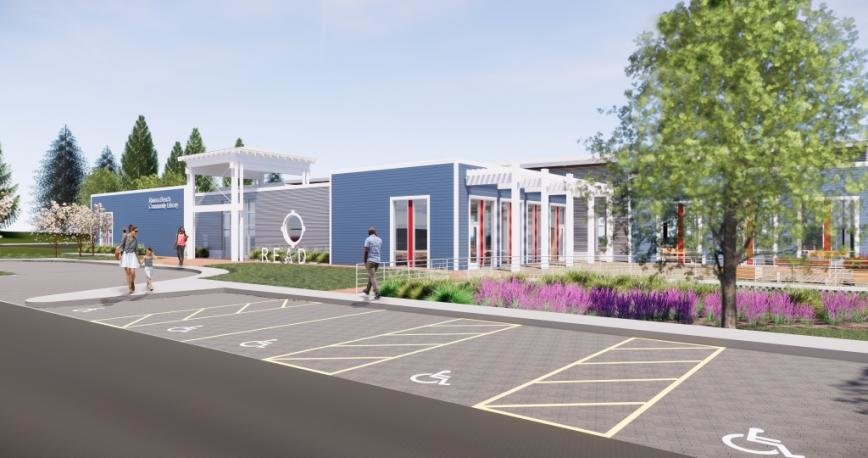 The design of the new Riviera Beach Library takes it from a 10,500-square-foot facility to a 20,000-square-foot modern library with a café, WiFi, leisure spaces and floor-to-ceiling windows.
Graphics Provided 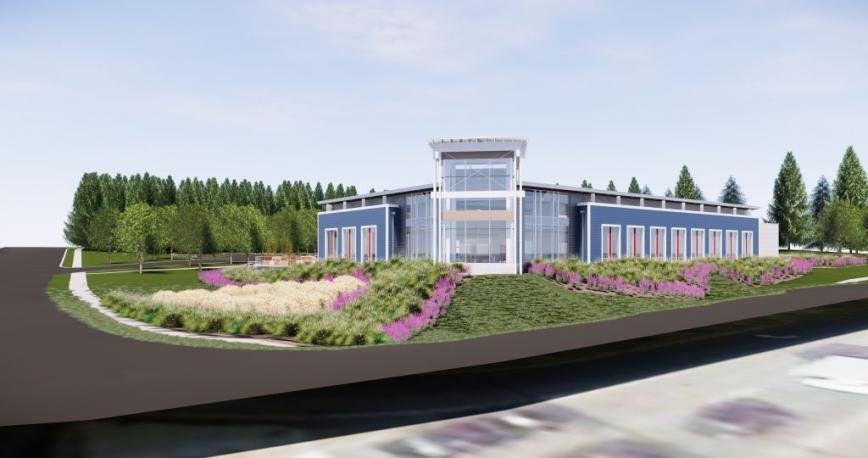 The design of the new Riviera Beach Library takes it from a 10,500-square-foot facility to a 20,000-square-foot modern library with a café, WiFi, leisure spaces and floor-to-ceiling windows.
Graphics Provided
Previous Next
Posted Tuesday, August 21, 2018 12:36 pm
Kerrigan Stern

Nearly 50 years after it first opened in 1971, the Riviera Beach Library is being revamped with a new and improved building, expanded interior and modern appearance.

Perhaps one of the biggest changes is the size of the library. What was once a 10,500-square-foot facility is increasing to 20,000 square feet, according to project manager Maribel Ibrahim, who said the space will allow for more community involvement.

“We’re going to have a specialized area just for teens, which has kind of been something that has been sorely needed,” said Ibrahim. “The new library is going to boast four study rooms. It’s going to boast a cafe area where people can easily grab a refreshment and relax and have some food, or they can have a laptop and use the Wi-Fi and do work there if they want. There’s going to be leisure spaces for people to read and just relax [in] a nice setting that boasts prominent views outside [and] lots of floor-to-ceiling windows, which is going to be very exciting.”

These four meeting rooms will be integrated with the rest of the library so that guests can look in and out of the rooms. Two of these rooms will have, “a capacity of 50 people each, with the abilities for them to expand into one larger meeting room, so that’s going to give us a lot more flexibility,” according to Ibrahim. “We also are going to have an expanded children’s area with its own programs and space.”

With so many new additions to the library, the project’s leaders have attempted to incorporate the community’s perspective with several informal meetings.

“The customers had the opportunity to vote on the designs. [During these meetings,] the architects from Grimm & Parker presented the exterior design that the building has right now,” said Ibrahim. “The overwhelming consensus was that it really captured the essence of Riviera Beach.”

“I love the new design for the Riviera Beach Library,” said Kaltz. “I am especially pleased to see how the design will really fit into the community.”

Some of this feeling may be attributed to the “beachy, nautical feel to the space in color, materials, and a variety of things,” said Christine Feldmann, the marketing and communications manager for Anne Arundel County Public Libraries.

But while customers expressed their approval and excitement about the new library, the community meetings also allowed for them to voice their concerns.

“There was some concerns expressed over safety and noise. Those were issues that the architects were really able to answer quite handily,” said Ibrahim. “The noise is going to be handled with double-paned windows that serve to retain room temperature but also act as a very good noise buffer.”

The new library “will be situated right on that corner of Fort Smallwood Road and Duvall Highway” at the current site, according to Ibrahim. The project is currently in the design process, which Ibrahim expects to finish by winter 2018, and she said the bid for construction should take place in fall 2019.

“That construction will begin shortly thereafter in late fall 2019,” she said. “It will be approximately an 18-month period and we anticipate opening in the spring of 2021.”

While construction may last through an extended period of time, there is little doubt that the library will become the new prized jewel of Riviera Beach.

Tides and Tunes: The Grilled …