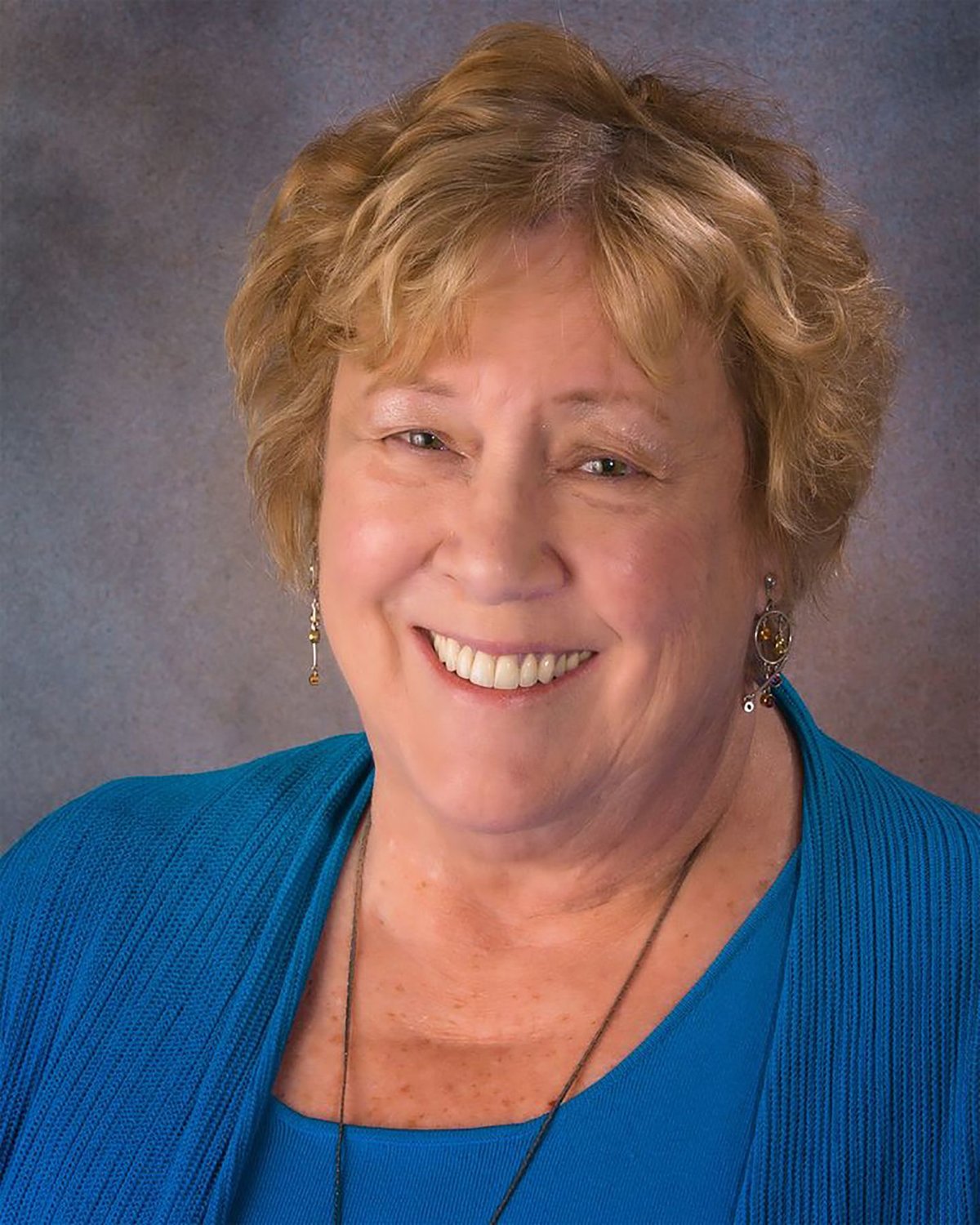 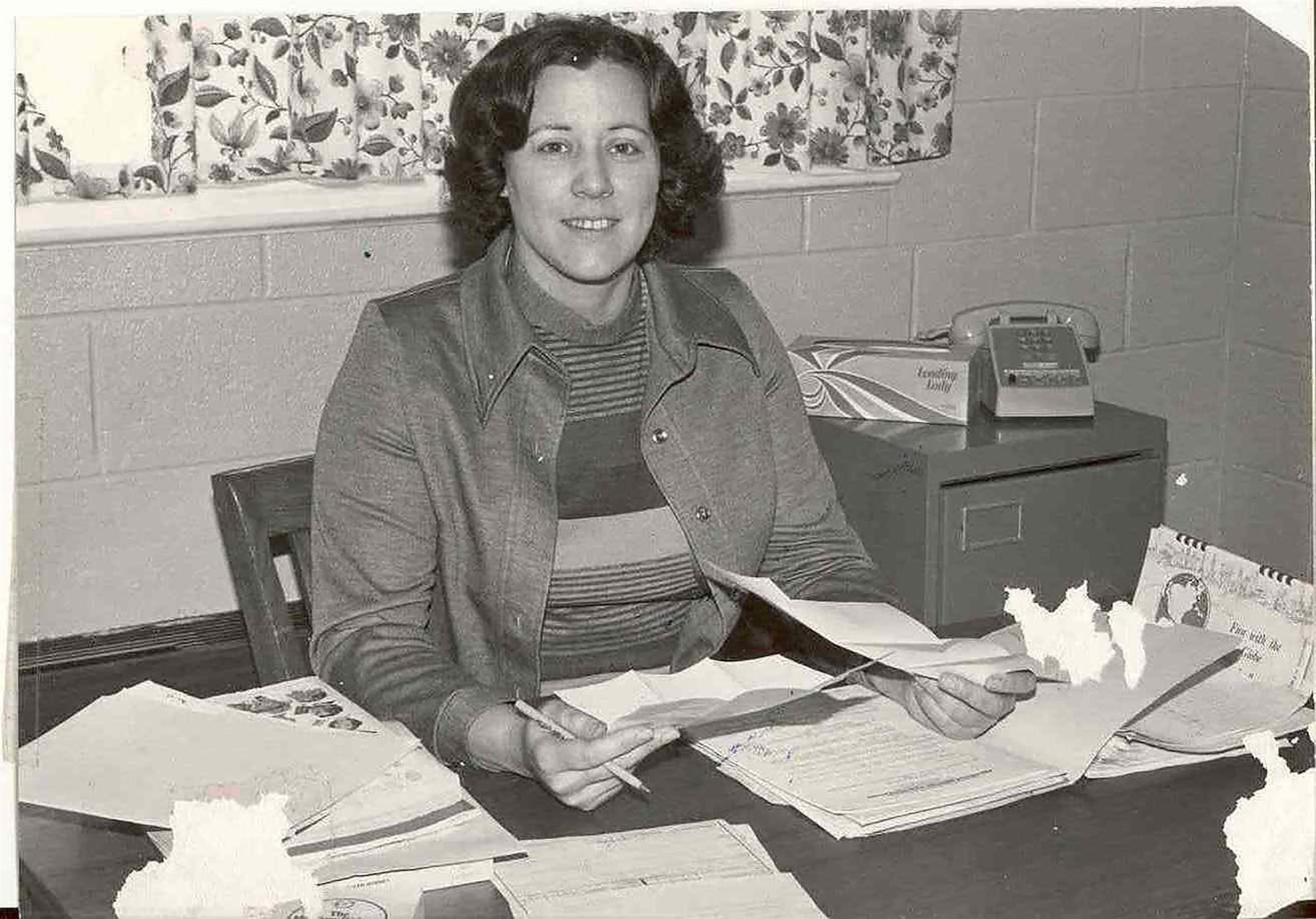 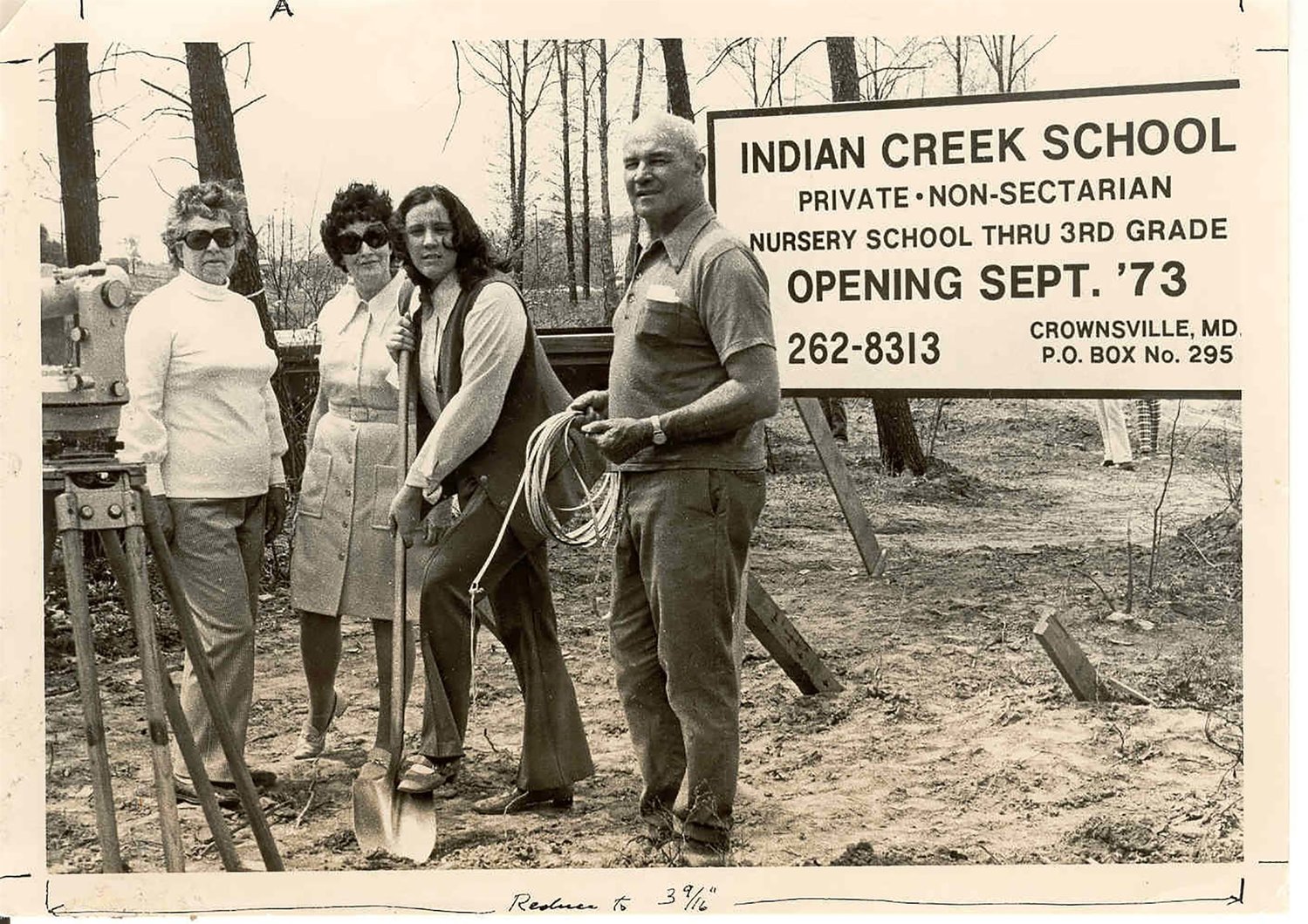 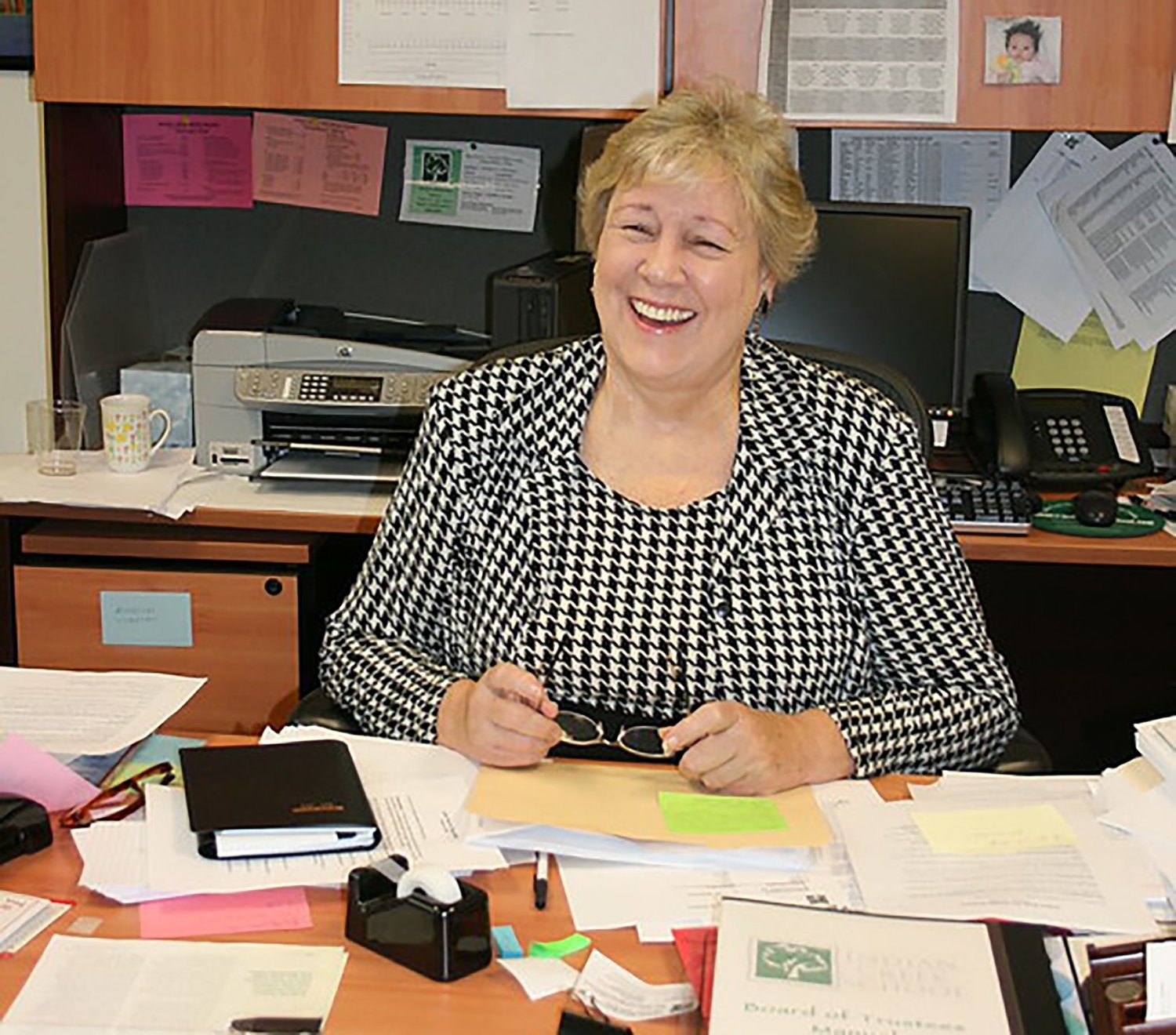 Anne Chambers, who co-founded Indian Creek School, influenced education throughout Anne Arundel County and Maryland, and empowered generations of students and teachers, passed away on October 12 at her home in Hagerstown at the age of 80.

Chambers’ unwavering belief in the potential of every individual and her decades of research and experience in human development are embedded in the fabric of Indian Creek School, which she founded in 1973 to provide stimulating educational experiences in a small, nurturing environment in which each student is known and approached as an individual.

“Anne was one of a kind,” said Rebecca Randolph, who co-founded Indian Creek School with Chambers and served for many years as the Lower School head. “[Anne’s] spirit, talent and generosity will live on in all of the children who made Indian Creek their home – and in the faculty, staff and administration who had the privilege of working with her. She will be missed but remembered with great fondness.”

Chambers, née Anne Coleman, grew up in Maryland and attended Sherwood High School in Montgomery County before graduating from the University of Maryland and working as teacher in Prince George’s County. In 1973, Chambers received the gift of land from her parents so she could bring her vision for a school into reality. She founded Indian Creek School with Randolph and her brother, Tracy Coleman Jr., who built the school building and managed the physical plant. Chambers and Randolph based the school’s philosophy on the fundamentals of developmental psychology; personalized teaching tailored to each child’s strengths, interests and challenges; and a supportive environment for students to grow and thrive.

Beginning with 33 students in pre-k, kindergarten and first grade in 1973, Chambers oversaw the growth of ICS as head of school for close to four decades as Indian Creek added a middle school in 1977 and doubled its capacity for students in the 1980s. The Upper School building and campus opened in 2006, and Chambers remained head of school until 2010, when she moved back to the classroom for a final year of teaching human development before retiring in 2011.

Through her time and work at Indian Creek and her extensive research, Chambers became known in the education industry for her human development curriculum that recognized the varied needs of children, and for her commitment to cultivating civil discourse, a skill she felt essential for lifelong success and citizenship. Her human development curriculum addressed drugs, alcohol, sexuality, social and emotional maturation, and the complex needs of students and influences on them as they age.

“Anne studied human development and was interested in the health of children and families right from the beginning,” said longtime colleague and former Head of Middle School Bruce Crossman, who noted, for example, that Chambers implemented extended-day care into the early evening for middle schoolers before it was commonplace because it was proven through research to be safe and healthy for students. “She was always straightforward, and kids responded to her honesty and her sincerity and how much she cared. She was always real about where kids were and what they needed to grow and develop in a healthy way.”

Because Indian Creek School went only to eighth grade prior to 2006, Chambers formed connections with educators and schools throughout the county and state as her former students went on to various high schools, and she became a highly sought-after speaker and consultant throughout her career.

“Anne had a clear sense of the needs of kids and how they could best be met, and she worked hard for Indian Creek to fill that need she saw in the community,” said Molly Green, an administrator at Severn School, which sought Chambers’ help in creating its human development curriculum. “She was an expert on kids and human development and on the needs of kids as they got older. I truly believe that what I gleaned from Anne is that our job is to help everybody move forward and grow. It doesn’t matter if it was a student, teacher, staff member, parent, anyone beyond her school — Anne felt that way toward everybody. You could see it that she even took time away from ICS to help develop the HD program at Severn, she did the research and shared her findings. She didn’t hoard things. She had a greater vision. She leaves a wonderful legacy at Indian Creek, but it is wider than Indian Creek. In terms of her focus on the community at large and the community in general, she had the respect of everyone and was willing to share her thoughts and expertise with everyone, and that was very powerful.”

As a longtime singer with the Annapolis Chorale who loved music, Chambers believed the arts to be an important aspect of education and development. Indian Creek’s ongoing commitment to the arts as a vital component of enhanced learning reflects Chambers’ devotion to art and music throughout her career.

Chambers’ impact on countless individual lives was seen this summer when she had a stay in a medical care facility, where she received hundreds of cards from members of the Indian Creek School community and beyond wishing her well.

“The facility joked that we need to stop giving out its address,” said Crossman, “because they were getting too many cards.”

Tributes to Chambers poured forth from the school and local community in the days following her death.

“Anne’s impact was generational. She not only educated students for decades, but educated us as parents,” said Kathy Simmons, an Indian Creek School alumni parent and former trustee and staff member. “Her letters and parent meetings, both by grade and individually, provided insight, common sense, wisdom and, of course, humor. And the education didn’t stop with math, reading, science and the arts. Her curriculum extended to students’ development as human beings, a curriculum that still sets our school apart today. She didn’t just talk at students, she talked with them. Anne generated a culture that empowered students, encouraged them to try new things and showed them that the world was full of possibility.”

Current Head of the Upper School Matt McCormick said Chambers’ greatest gift to those around her was her ability to see the potential in everybody.

“Her ability to see potential in people is unmatched,” said McCormick, echoing sentiments from many colleagues who praised Chambers’s ability to instill confidence in others. “Anne’s belief in me – and in any teacher she hired – made us just like her students over the years. Because she believed in us, so too we believed in ourselves. What a gift.”

Current Indian Creek Head of School Booth Kyle visited with Chambers, and like many others, was compelled by her magnetic personality and sincere care for people.

“I will never forget my time with Anne,” said Kyle. “She had a warmth and charisma that put me at ease and made me want to listen to everything she said. She had story after story of students and colleagues. She cared about everybody and was a believer in the power of the human spirit. She clearly was a fierce advocate for students and was also very fond of her colleagues and staff at ICS. We are all so lucky to have her as our founding head, as her legacy of caring, advocacy and commitment is one that we all should aspire to.”

In the main lobby at Indian Creek’s Upper School, which sits on Anne Chambers Way, a wall of plaques pays tribute to employees who worked for 30 or more years at the school. Chambers’ plaque includes a quote from her about her passion for the school and those around her.

“There can be no greater thrill for educators and parents than watching children grow into caring, successful adults,” read Chambers’ words. “I have had the pleasure of working with many wonderful teachers and administrators and hundreds of supportive parents. Many of these teachers, parents and their grown children have become true friends, and my life has been enriched by them. There could have been no better way to spend 30 years.”

The family will hold a private burial service this week. Details about a celebration of Anne’s life, planned for spring 2021, will be shared with the community in the coming weeks. In lieu of flowers, the family wishes for gifts to be made to Indian Creek School in memory of Anne Coleman Chambers. All gifts will support Anne’s vision to unify the school’s two campuses onto Anne Chambers Way. (Indian Creek School, 1130 Anne Chambers Way, Crownsville, MD 20132 or www.indiancreekschool.org)