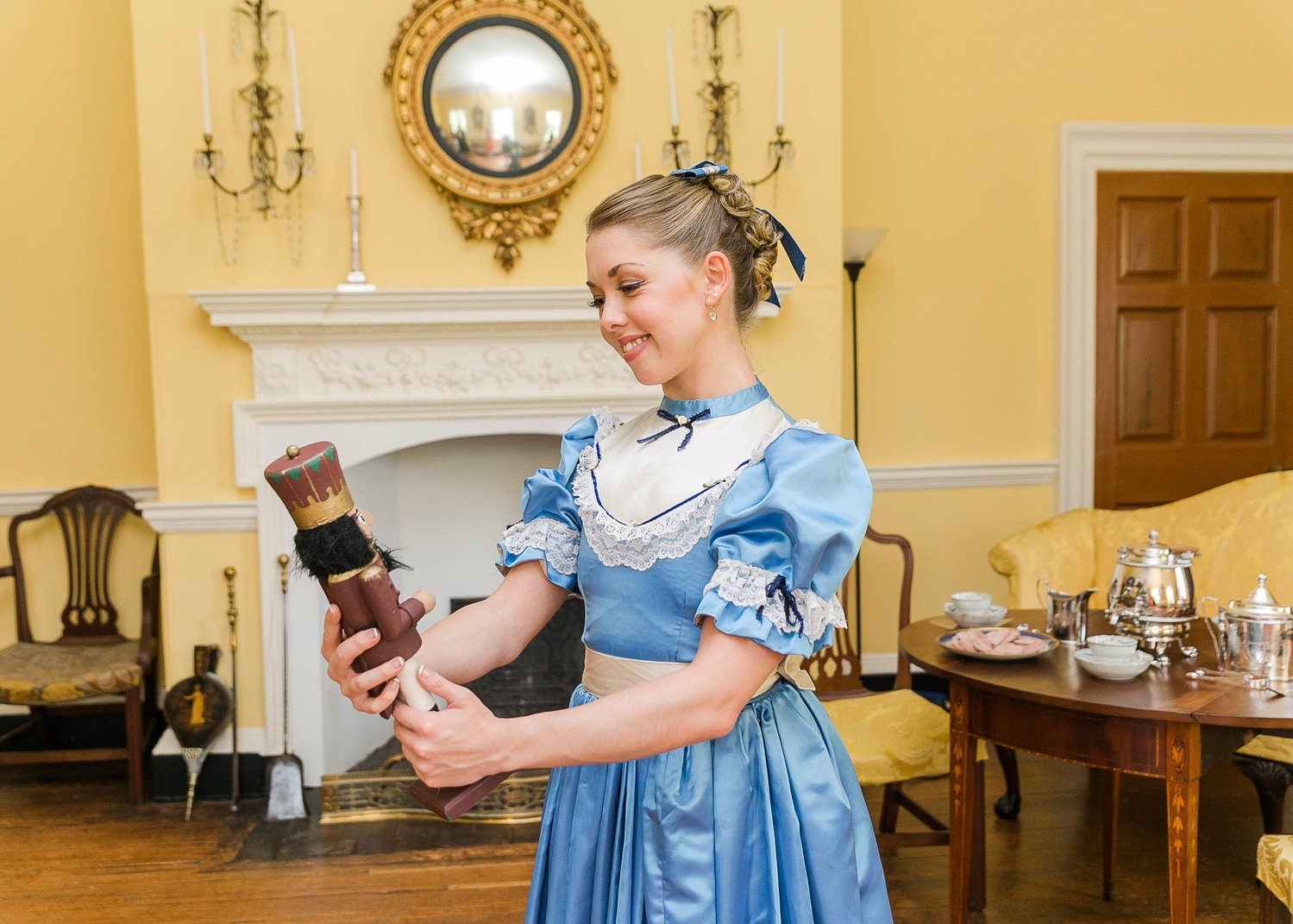 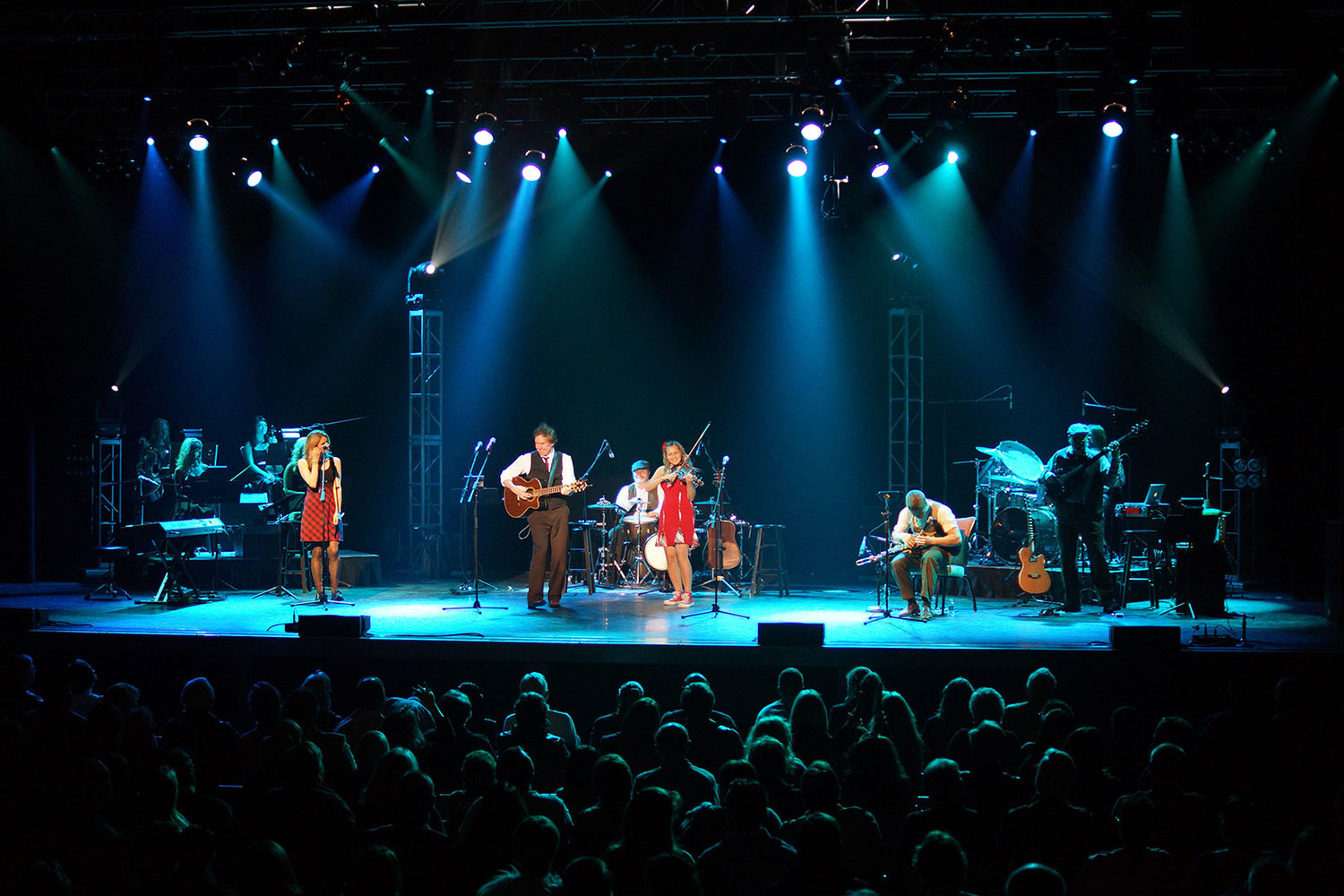 “Christmas With the Celts” will bring ancient Irish Christmas carols and lively Irish dance to Rams Head On Stage in Annapolis on December 6.
Photo Provided 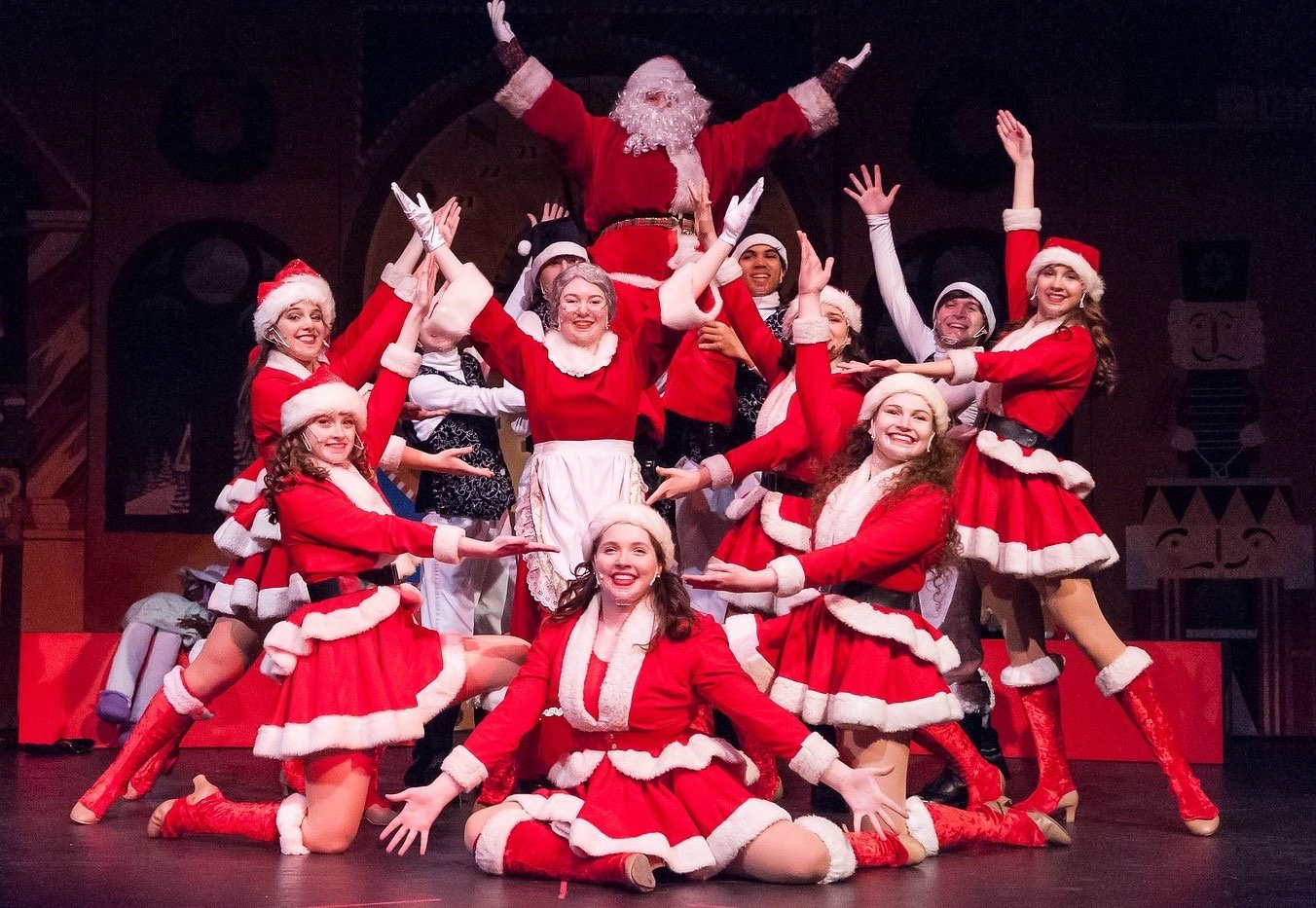 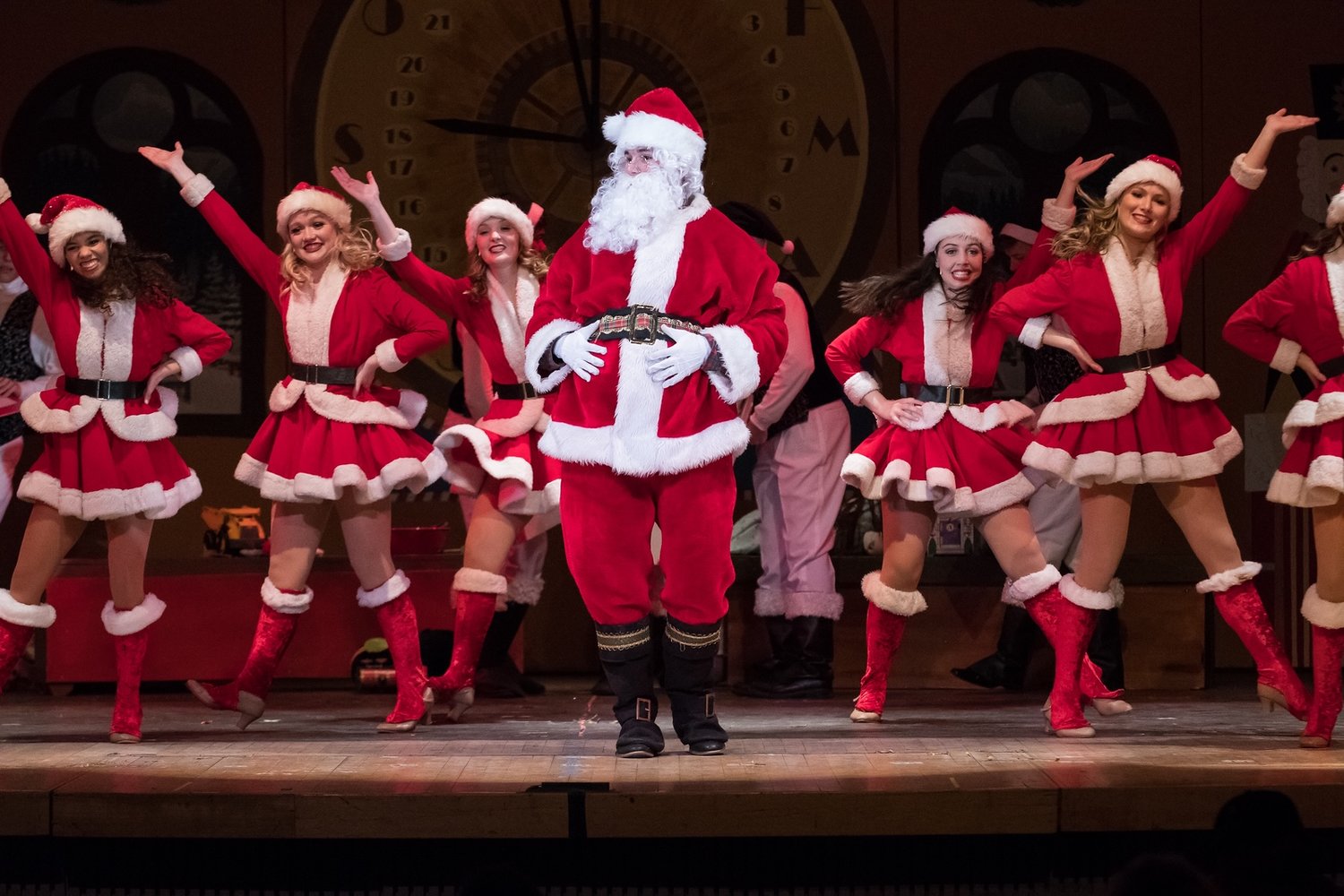 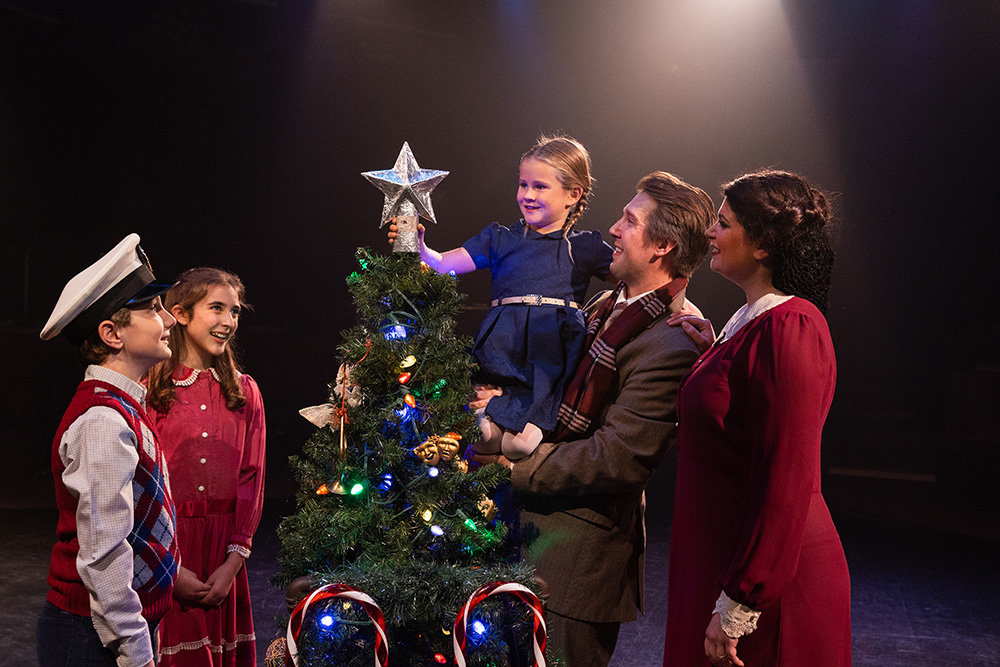 The Toby’s Dinner Theatre adaptation of “It’s A Wonderful Life” follows George Bailey from his childhood dreams to his midlife disappointments and beyond, as George takes a journey to discover whether his life has mattered at all.
Photo courtesy of Toby’s Dinner Theatre
Previous Next
Posted Tuesday, November 22, 2022 11:29 am
By Zach Sparks l zach@severnaparkvoice.com

Will Ferrell’s character Buddy may have put it best in the film “Elf” when he said, “The best way to spread Christmas cheer is singing loud for all to hear.”

Anne Arundel County offers plenty of live theater and concerts during the holiday season. All attendees are invited to sing along, cheer and get in the holiday spirit while enjoying the following shows.

Based on the beloved 1946 film, this musical faithfully follows George Bailey’s life from his childhood dreams to his midlife disappointments and beyond, as George takes a journey to discover whether his life has mattered at all. Toby’s original adaptation breathes musical life into a familiar story, while retaining the warmth and humor of the original.

“Toby Orenstein herself worked to create this original adaptation over 30 years ago and credits the story’s heart, warmth, family values and amazing original musical score as the reason the show continues to be a sellout, critical hit,” said Mark Minnick, an associate producer with Toby’s.

Ticket information and showtimes are available at www.tobysdinnertheatre.com or by calling the box office at 410-730-8311.

This reimagined tribute to Bob Wallace and Phil Davis, two iconic song-and-dance men, follows a sister act to Vermont only to discover that the nearly bankrupt lodge they were to perform at is owned by their former commanding general.

A tribute to the Charles Dickens’ story, the Classic Theatre of Maryland adaptation of “A Christmas Carol” is meant to inspire a spirit of charity toward those less fortunate.

“The world premiere adaptation by Sally Boyett and Donald Hicken, who also directs, brings the classic tale of Ebenezer Scrooge to life with superb performances and stunning visuals that transport you to Victorian-era London,” said Jeanie Casison, a writer for Maryland Theatre Guides.

“No one should be alone on Christmas,” according to the Grinch. And no one has to be alone when they can instead choose to spend their time with their fellow theatergoers at Anne Arundel Community College.

Based on the classic Dr. Seuss poem, the play version of "How the Grinch Stole Christmas" also follows the Grinch as he tries to rob the Whos of their happiness before he becomes changed in the process.

The show will come to life with the Grinch, Cindy Lou Who, Postmaster Lou Who, Martha May Whovier, the mayor and many other characters living in Whoville including Max, the dog. The performance also includes musical hits “Where Are You Christmas,” “Trim Up The Tree,” “Welcome Christmas” and “You're A Mean One, Mr. Grinch.”

InstantSeats has tickets for the show. Learn more at www.ptcshows.com.

A cast of kids ages 7 to 18 will share their take on some holiday classics. Audiences can sing along with Rudolph, Frosty the Snowman and Santa.

Learn more or purchase tickets by going to www.talentmachine.com.

Ballet Theatre of Maryland’s “The Nutcracker,” which features choreography by former director Dianna Cuatto, retells Clara’s timeless adventure to rescue her beloved Nutcracker from the Rat Queen’s evil spell. Audiences will travel with her through the whirling Kingdom of Snow to the Land of the Sweets, capturing the spirit of the holiday season in the language of dance and theater.

“Like many holiday traditions, ‘The Nutcracker’ is the kind that gets passed down from one generation to the next,” Ballet Theatre of Maryland Artistic Director Nicole Kelsch said in a statement. “Parents who bring their children each year will often share their own memories of first seeing the show. For many young audience members, seeing ‘The Nutcracker’ is an important event that they will carry with them always.”

At the Sugar Plum Parties, held an hour before each Sunday show, ticket holders can take pictures with their favorite characters and enjoy light refreshments before the performance.

The Annapolis venue has a full slate of holiday events. Enjoy timeless ancient Irish Christmas carols and lively Irish dance during “Christmas With the Celts” on December 6. Peter Mayer will bring his Christmas tour, “Stars and Promises,” to Rams Head on December 8, followed by a performance by country singer Pam Tillis as part of her “Belles and Bows” show on December 11.

Join Rams Head and the Annapolis Musicians Fund for Musicians on December 12 and 13 for “An Annapolis Christmas.” Local artists will gather to perform a mix of original and classic holiday tunes.

“Motown & More: A Holiday Celebration” on December 18 will showcase special tunes that bring the season in with style: The Temptations’ “Silent Night” and “Rudolph the Red-Nosed Reindeer,” Nat King Cole’s “The Christmas Song,” Donny Hathaway’s “This Christmas,” and Eartha Kitt’s “Santa Baby” — to name a few.

Rounding out the holiday schedule at Rams Head On Stage, Jonathan Butler’s “Oh Holy Night” Christmas featuring Grace Kelly is scheduled for December 21, and the ‘80s tribute band The New Romance will ring in the new year on December 31. Skinny ties, Members Only jackets, big hair and crazy neon spandex are encouraged for the New Year’s celebration.

Tickets include a champagne toast at midnight. For more information, visit www.ramsheadonstage.com.