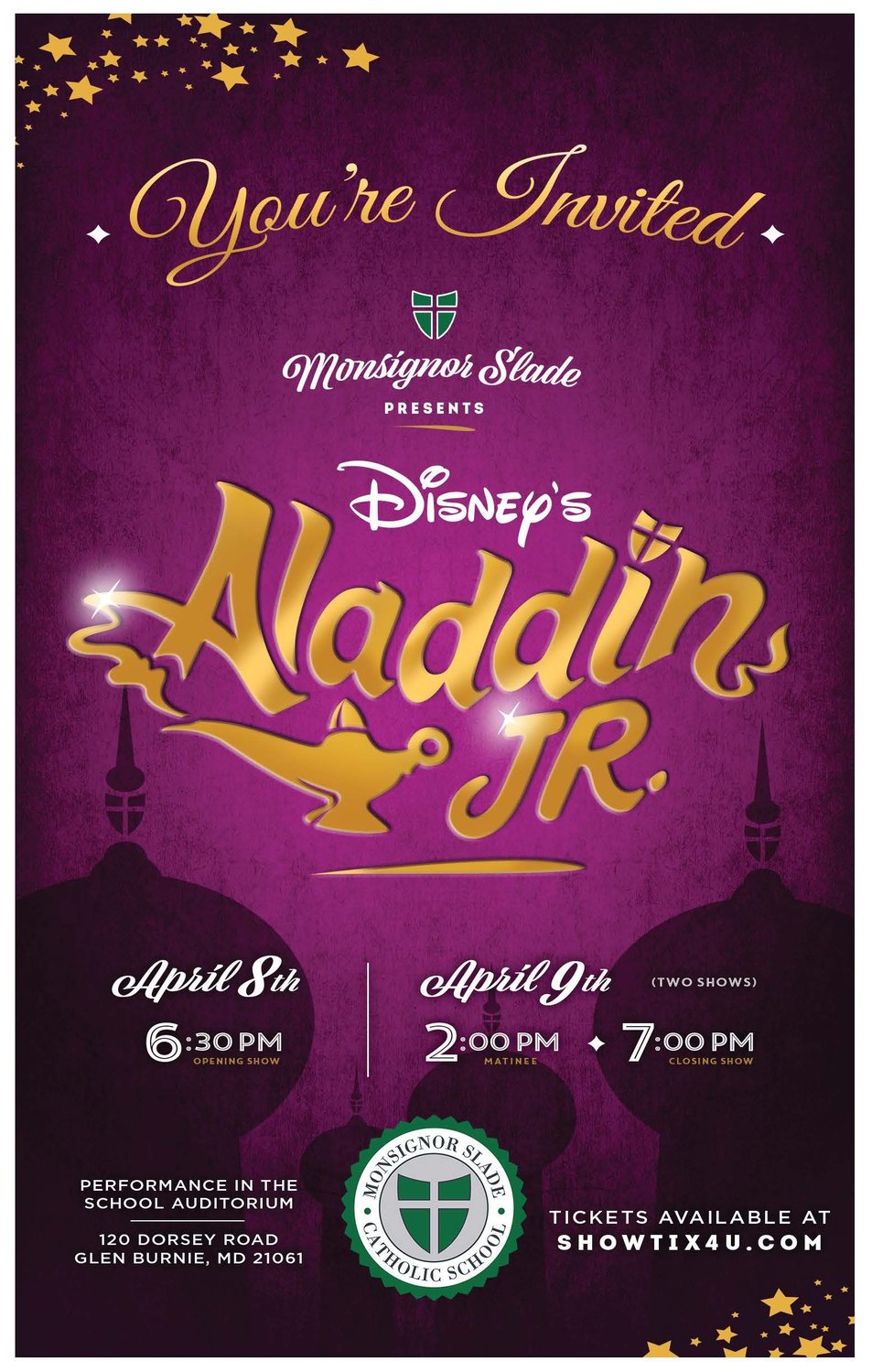 In March 2020, Monsignor Slade Catholic School middle school students were forced to shut down their musical debut of Disney’s “Aladdin JR.” just days before opening night. Now, two years later, they are working their magic to finally put on the show at the Glen Burnie school after a spring musical hiatus caused by the COVID-19 pandemic.

“From dealing with separation from friends to managing online learning, students have gone through a range of emotions throughout the pandemic,” says Karin Abbott, director of the show and music teacher and arts integration specialist at the school. “It feels amazing to be able to finally put on this show, so the students can show off their talents while also bringing them a sense of normalcy after two years that have been anything but normal.”

“Aladdin JR.” is based on the 1992 Academy Award-winning animated movie and hit Broadway show about a street “urchin,” Aladdin, who falls in love with princess Jasmine and uses a genie’s magic to transform into a prince in an attempt to marry her. But the Sultan’s evil advisor, Jafar, has his own plans to try to stop that from happening, steal the magic lamp and rule over the kingdom of Agrabah.