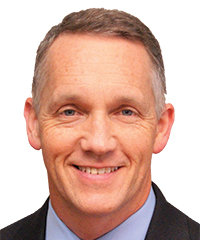 For the last three-plus years, I have worked diligently to bring the sheriff’s office up to modern law enforcement agency standards in safety, efficiency and technology. The office has made great strides to protect citizens involved with our court system and the public in general through security enhancements and innovative community outreach programs, such as the Sheriff’s Mobile App and Safe Surrender.

Police reform laws passed by the Maryland legislature in 2021 put a heavy administrative burden on the sheriff’s office, which has to create new processes in order to properly comply with reform requirements. These requirements include new programs, policies and accountability measures, reporting to the future Police Accountability Board, annual physical testing of deputies, along with psychological testing of deputies every two years. A heavy lift for smaller agencies with little to no staff for such tasks. Despite lagging administrative support to properly fund sheriff initiatives, we are moving forward to provide a safer environment for all sheriff’s office employees and improve our service to the citizens of this county, all while being frugal with your tax dollars.

The sheriff’s office has made a significant effort to enhance technology for deputies for better safety and efficiency. This includes improvements with smartphones, in-car laptop computers, mobile printing technology, improved computer-aided dispatch, and software improvements for criminal research and warrant tracking. But perhaps one of the best technology upgrades to protect citizens and deputies alike is a body-worn camera (BWC) program, which Maryland now requires all law enforcement agencies to have by 2025. Recently, the sheriff’s office sought and received grant funding to implement our BWC program, which should be up and running by late summer of this year. My office secured state grant and county funding, and we received approval for new positions to bring a robust BWC program to the agency.

The sheriff’s body-worn camera technology is the same as that utilized in the county police department, thus creating a greater common network of camera footage when working with our police partners. This technology will allow the sheriff’s office to more readily respond to concerns over law enforcement interactions and provide a level of accountability the office has not had in its history. Fortunately, this program works to not only hold deputies accountable for their actions but also to support them when they act properly and within the law. Although the sheriff’s body-worn camera initiative is just underway, we are already looking into even further advancements in technology, structure and policies that will keep the office moving forward.

For more information about the sheriff’s office and our programs, download our mobile device app through Apple or Google Play by searching for “Anne Arundel Sheriff.” Or you can go online to www.aacounty.org/sheriff.