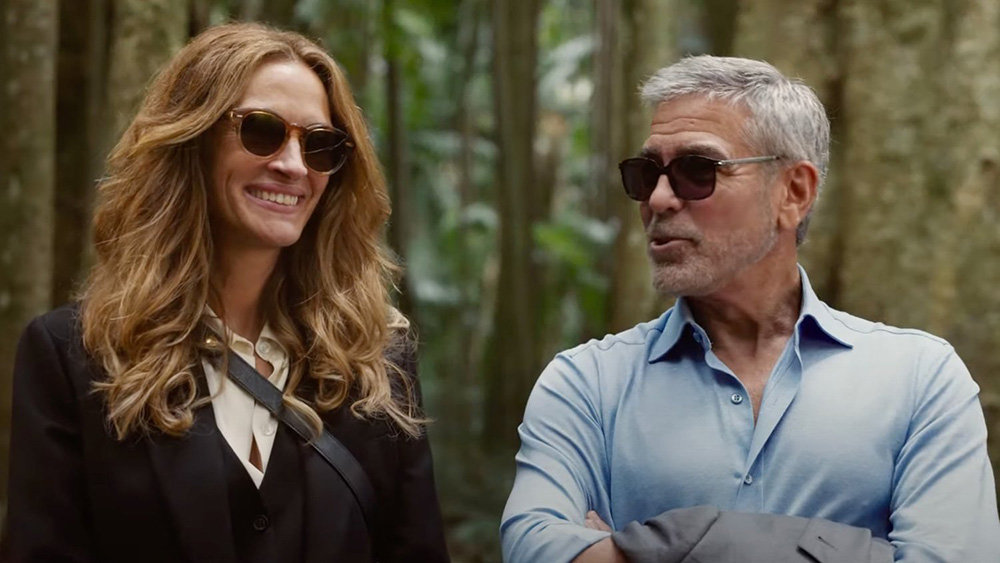 In this rendition of a classic plot, art collector Georgia (Julia Roberts) and architect David (George Clooney) discover that their high-achieving daughter, Lily, has abandoned her plans of becoming a lawyer in Chicago in favor of marrying a man she met while on holiday in Bali.
Photos courtesy of Universal Pictures 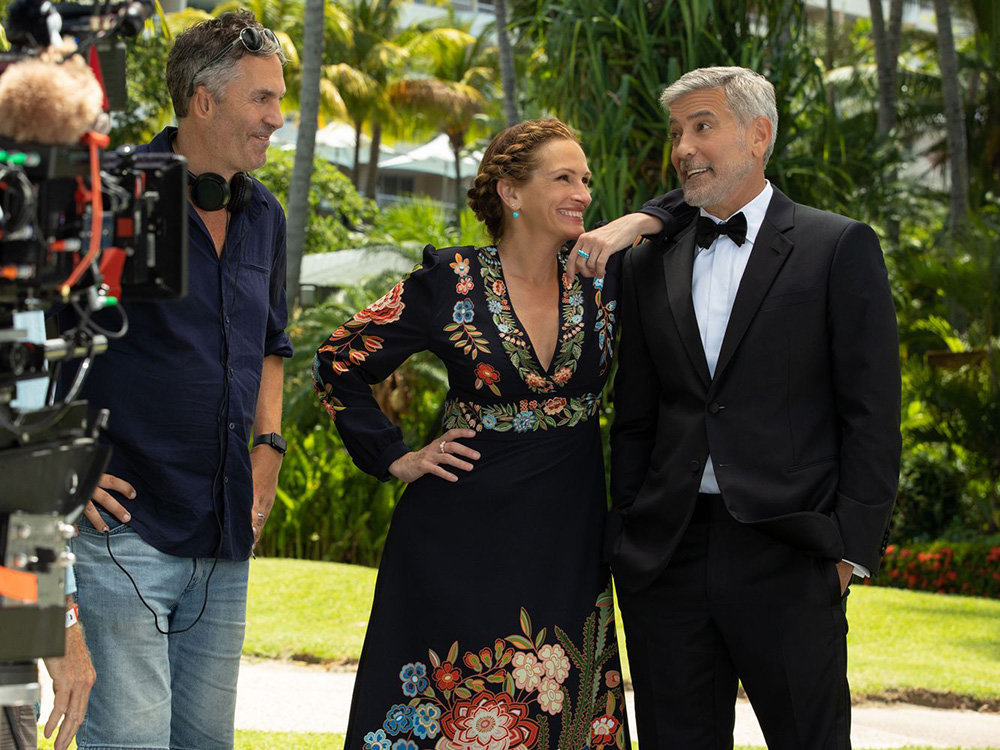 In this rendition of a classic plot, art collector Georgia (Julia Roberts) and architect David (George Clooney) discover that their high-achieving daughter, Lily, has abandoned her plans of becoming a lawyer in Chicago in favor of marrying a man she met while on holiday in Bali.
Photos courtesy of Universal Pictures
Previous Next
Posted Friday, October 7, 2022 12:28 pm
By Audrey Ruppert

It’s a premise that’s far from original: two divorced parents, who share a child, absolutely hate each other, but they come together for the sake of their child and eventually reconnect. “Ticket to Paradise” is utterly predictable, but I loved every moment of it regardless - and I am not a romcom fan!

In this rendition of a classic plot, art collector Georgia (Julia Roberts) and architect David (George Clooney) discover that their high-achieving daughter, Lily, has abandoned her plans of becoming a lawyer in Chicago in favor of marrying Gede - a man she met while on holiday in Bali and has only known for a month. David and Georgia themselves were married fresh out of college, and they rush to prevent their daughter from repeating their mistake.

If you enjoyed the lighthearted and fantastical tone of “Mamma Mia!” I imagine you would enjoy “Ticket to Paradise,” directed by Ol Parker (he also directed the “Mamma Mia!” sequel). It’s 100 minutes of pure escapist fantasy. I was amused by their whimsical portrayal of the Balinese, being of Indonesian origin myself and understanding much of the intentionally (and also hilariously) mistranslated dialogue.

My favorite scene was an Indo woman teaching Georgia how to haggle. Indonesians certainly haggle - but they do not give their secrets away to the bule (the white foreigners)! My mother used to forbid me from speaking English in the market, or the prices would suddenly double.

Gede’s family is portrayed as being very large, very close and very accepting of Lily - they are also shown living in picture perfect open-air villas on the beach where they farm seaweed for a living. Unlike the rest of Indonesia, which is majority Muslim, the Balinese are Hindu and believe in castes. One has to wonder whether the family would be so accepting of their first son (Gede means “big” and is a name given to firstborn sons) marrying a bule girl from outside their caste and way of life - and how Lily would handle the intense culture shock. One also has to wonder whether a simple seaweed farmer could afford such a paradisiacal home setup (also, with that open-air plan, how does he deal with monsoon season?) But hey, what is a romcom without an unrealistically handsome and wealthy man in an extremely romantic setting? Gede is just an Indo Mr. Darcy (with an exceptionally good understanding of the English language and customs for a Balinese seaweed farmer) and I am here for it.

The reason I don’t usually like romcoms is because they often rely on problematic stereotypes or unrealistic plot lines. Perhaps the man chases the woman - who has said no multiple times - and stands outside her window with a boombox in the rain. This is shown as romantic, when that behavior is creepy and unacceptable, and most women would find this repulsing. Perhaps the two leads are physically fighting or berating each other verbally, and then the pair just start kissing for no apparent reason (thereby glamorizing unhealthy or abusive dynamics).

“Ticket to Paradise” never does this. While its storyline is sugary, everyone behaves reasonably given their experiences. Everyone is trying to do the right thing in the end, even if some actions are misguided. Georgia doesn’t want her daughter to throw away her career, as she did, for the sake of a charismatic man who may disappoint her. David has a genuine understanding of why his marriage broke down, and he eventually takes accountability for his actions. Both parents want to save Lily from unhappiness but also realize that they might be acting out of turn and not respecting her autonomy. Lily clearly is disillusioned with the capitalistic rat race and the unhappy family dynamic she grew up with, and Gede represents an escape. Gede loves Lily, but also values family deeply and is troubled by marrying into a family that does not accept their marriage and is fundamentally broken. Everything makes sense, even if it’s all a bit cheesy, and bad behavior is not glamorized.

The chemistry between Julia Roberts and George Clooney is palpable, both when they’re fighting and when they begin to make amends. All of the characters are loveable, hilarious or both, and I found myself laughing out loud in the theater to many of the quips. There’s something for everyone in a family to relate to - the embarrassment of watching your parents dance to ‘90s hits, or the joy of watching a daughter happy and preparing for a wedding. And of course, Bali is a stunning place - the majority of the film is set there, and the cinematography is so beautiful you might believe you have gone to Indonesia for a couple hours. An empty but fun bit of charming escapism, “Ticket to Paradise” might just be the break you need from a world under siege by depressing news cycles.