What Is Wrong With America? 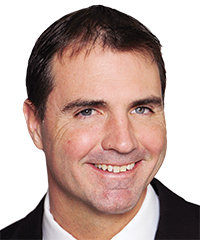 The days leading up to the Fourth of July seemed to be flooded with newscasts, articles and stories of politicians, athletes, actors and U.S. citizens carrying deep resentment for today’s America. Regardless of their story, philosophies, experiences or agenda, I do not wish to take up your valuable time here opining for or against their individual arguments. I would rather share my experience and thoughts of why I still revere the United States of America, its people, the Fourth of July and the uniquely American spirit. I realize you will read this article sometime far beyond July 4, but if you’re patient, I promise another Independence Day will be right around the corner.

My memorable experience goes as follows: Two days prior to July 4, my wife walked into my office and excitedly told me that a friend had an extra ticket for her to go see “Hamilton” at the Hippodrome Theatre in Baltimore. When she returned home later that evening, she was brimming with details of the entire production and would not stop singing its praises (see how I used that?). Early the next morning, I was awakened by theatrical singing at a level that would startle the Rolling Stones. This seemed to go on for hours on end. However, between every song, she hit pause and explained to me what was transpiring during that song in the musical. This exercise was consistently accompanied with a question about the historical significance or facts. Well, she may not have asked a question between every song, but she certainly got some Cliff Clavin-like commentary from yours truly. I cannot ever deny the love that occupies my heart and soul for this country and the historic miracle we are as a people.

In 1776, we were completely outnumbered, dreadfully insufficient in weapons and artillery, and our army was filled with a bunch of ragtag, sometimes shoeless and woefully inexperienced fighters. The only advantage these patriots possessed were hearts filled with a dream and an unquenchable thirst for freedom and individual liberty. For lack of a better analogy, we were the Buster Douglas to their Mike Tyson, and nobody ever expected us to survive. After scores of casualties and bloodshed and withstanding devastating assaults from both land and sea, our young patriots secured a place in history by punching the world’s most powerful military in the mouth and winning the American Revolutionary War. This ambitious vision to fulfil one’s own destiny propelled these soldiers with their fresh American spirit to sacrifice everything and defeat a powerful and oppressive monarchy in King George III.

I thoroughly enjoyed the conversations with my wife and we both found it amusingly fascinating to picture a President Donald Trump and Vice President Hillary Clinton working together in one area. This came to light when we discussed how our earliest winners for president would have the second-place winner as their vice president. President John Adams had Thomas Jefferson serve as his vice president, although the men strongly opposed each other politically. They became pen pals and fiercely competitive close friends after serving our young country. Remaining competitive, both men fittingly died on July 4, 1826, within hours of each other without having knowledge of each other’s passing.

I have not had the opportunity to see “Hamilton” myself, but based on the music I heard bellowing throughout my home, I wonder if Hamilton could have better served as the lead in that young Rolling Stones group mentioned earlier. In fact, if Alexander Hamilton could really rap and sing that extraordinarily well, then maybe he would’ve taken home a Grammy before that Burr fella shot him in a duel.

Fast-forward almost two and a half centuries and I found myself engulfed with this same undeniable American spirit on display. On the morning of this July 4, I gathered with several others fellow Americans in a parking lot, decorating my Jeep in red, white and blue. We were preparing to set forth on a festive parade route lined with positively patriotic Americans beaming with that American pride. I witnessed scores of happy and energetic young children with American flags enveloping their shirts, shorts or cheeks excitedly smiling and waving to the parade participants. I heard patriotic music blasting from backseats, tailgates, truck beds and amplifiers. Ironically, now that I reflect on that day, I do not recall hearing that “Hamilton” fella singing anything, but there’s always next year. I saw throngs of parents on sidewalks and driveways gathered together with large smiles that may or may not have been aided by the red solo cups clutched in their hands. I witnessed neighbors sitting shoulder to shoulder while braving the exhausting heat in a show of unity for this country and our people. Most importantly, I saw memorials honoring those who have made the ultimate sacrifice for this country and every one of us. Furthermore, I saw and shook hands with hundreds of veterans still with us today along the winding parade route that deserve our greatest respect. Words will never do justice for all of those individuals that were willing to sacrifice their time, life, talents, energy and future to preserve that American spirit. Thank God that we still have brave men and women with us today that share the same yearning for freedom and individual liberty that a band of young patriots shared all the way back in 1776.

There is still an immeasurable amount that is right and good with America, its people and our love for freedom, family, friends and our future!