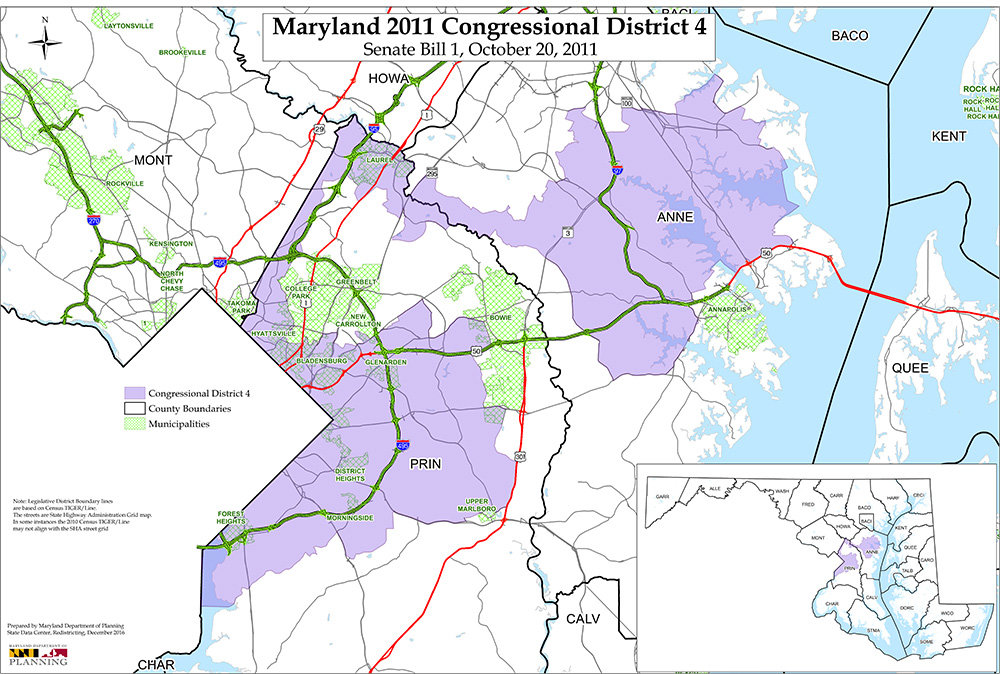 “If you believe the game is rigged, you'll be discouraged from playing.”

Those words from business owner Dan Medinger summarized the consensus of residents from Anne Arundel and Howard counties, as well as Baltimore City, who testified during the Maryland Citizens Redistricting Commission public listening tour on July 7.

Every 10 years, Maryland must draw new congressional and state districts following the U.S. Census. The governor appoints members to an advisory committee, which proposes new maps to the governor. The governor then submits his plans to the Maryland General Assembly to be passed into law.

States sometimes gerrymander, or manipulate the boundaries, to benefit one political party. Former Maryland Governor Martin O’Malley admitted doing this after the last Census so an additional Democrat would be elected to the House of Representatives.

This time, Marylanders hope the maps give them real representation.

“I'm a registered Democrat, and what the state Democratic Party has done is extremely bad for democracy and representative government in the state,” said Paul Sundell, a Severna Park resident. “It does make it so politicians are less responsive to the voters, it increases partisanship, and it increases voter frustration and apathy.”

Raymond Szyperski, who lives in congressional District 3, analyzed a map as he spoke to the commission.

“The thing starts up in northwest Baltimore County, snakes itself totally around the city, going through Baltimore County and Baltimore City, touches a few lakes or a few islands out in the bay, comes through Anne Arundel County and goes westward to Howard County, and it's just an unbelievable thing,” he said. “It literally looks like a snake. And I just can't believe that any person who would be representing this area would be familiar with the wants and needs of all the citizens.”

“Ladies and gentlemen, did you know that Anne Arundel County has more congressional representation than [15] states?” he said. “Twenty years ago, in a political payback, Governor [William Donald] Schaefer, who did not garner a majority of the vote of the citizens in this county, divided the representation that today does not have any one resident from Anne Arundel County representing us on the federal level. … we have over 600,000 residents of this county and we should have an opportunity to have a resident represent us.”

Anne Arundel County has four congressional representatives, each of whom lives outside the county.

“Too many legislative districts have been drawn, so the primary election is the election, and the general election is not competitive,” said Bryan Simonaire, Maryland’s Senate minority leader, who represents Pasadena in District 31. “Primary voters tend to be fewer in number but more passionate with stronger and more extreme positions. This type of district creates extremes in Annapolis as representatives tend to listen only to those who elect them in the primary election.”

Delegate Michael Malone, a Republican from District 33, agreed. He has sponsored redistricting legislation since taking office.

“By gerrymandering the districts, you cause very polarized districts to exist, and good policy often will fall in the middle,” Malone said. “And unfortunately, it makes it difficult for someone to be elected if they aren't going far left or far right, where the best answer often lies more in the middle.”

The Maryland General Assembly is not required by law to use the maps created by the commission, but Marylanders hope fair districts are drawn and used. Several people urged the commission to consider single-member districts.

“Legislative districts do not belong to Democrats or Republicans,” Medinger said. “They belong to the voters. And I see gerrymandering as a form of voter suppression.”

The July 7 hearing came during the first of three rounds of public meetings. The first round is a listening tour that concluded July 28 and the second round will begin in late August after Census data is distributed to the states on August 16. The third round will occur after the commission drafts legislative and congressional maps. For more information, visit www.redistricting.maryland.gov.

Guess What’s Back: Our Best Of Severna Park Contest

Starting The New Year With Thankfulness